SIA is the Aussie version of CHA!- A Scrapbooking Trade show!

I presented a number of layouts and items as a DT member for Scrapware and was given the theme Alice in Wonderland with the colour choice of Black-White and Red.

SIA had a What if.....competition consisting of 1 layout and 1 card 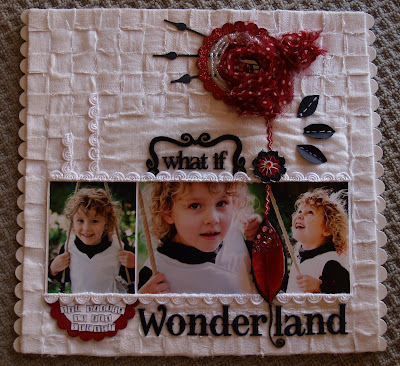 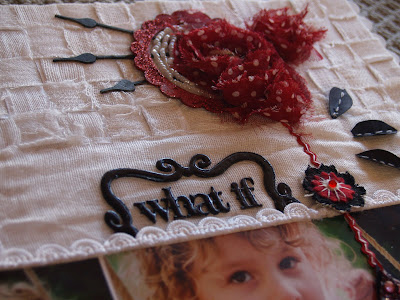 What If....We all go mad in Wonderland! I don't ever do cards so this was a challenge in itself.
I made it into the finalists and now these form part of the entry into the other 1/2 of the competition SIA had called the Diva competition -this will be announced late next month
by Magazine Scrapbook Creations - I'll keep hoping! 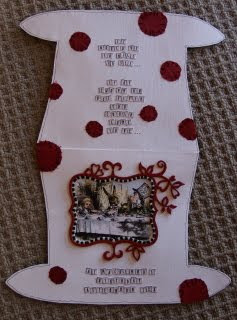 This is the 'Album-Journal-book' that I designed last year
and was released by Scrapware at SIA!
Please note that the pages are chipboard covered with Fabric.
'Remember fabric is my main medium' 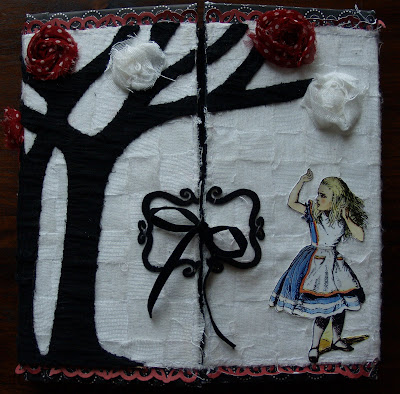 Back of book - showing Jewelry I made. (it was a necklace but I converted it for the book) 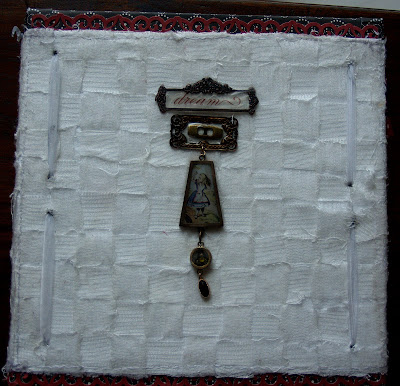 Here's some pictures of a number of the pages inside
(too many to show all of them!) 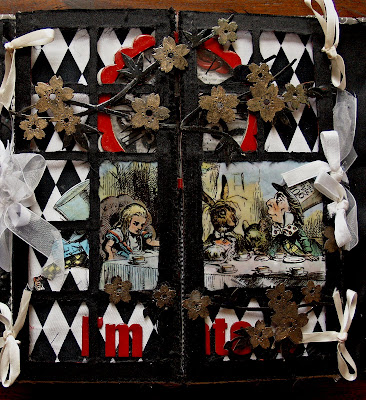 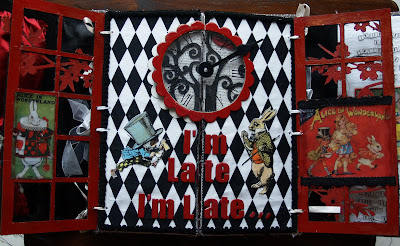 All of the chipboard product used in the Album is Scrapware and was released at SIA! 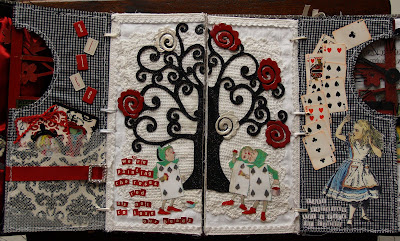 The base here is chipboard with 4 equal cutouts
The pictures here have been placed in glass sliders and then I have poured Ice resin around them to give a clear window. 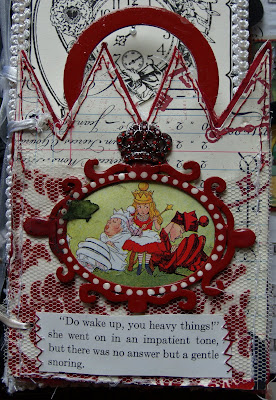 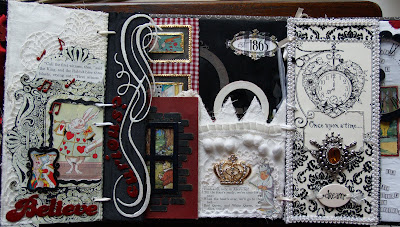 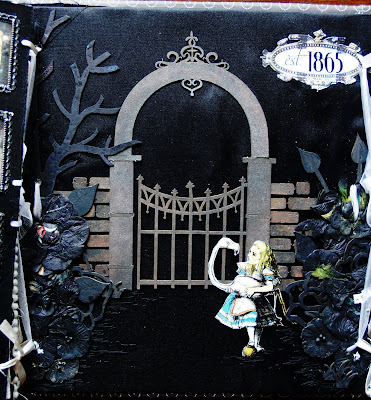 These are the large matchboxes that I made (2 back images)
and also the Alice Jewelry I made...lucky I have a daughter who
claimed them as soon as the show finished. 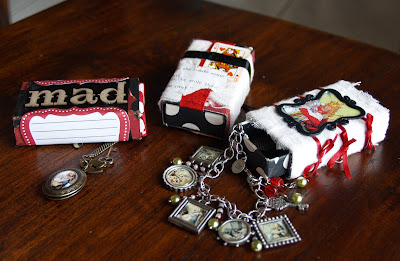 The cover again with the front of matchboxes. 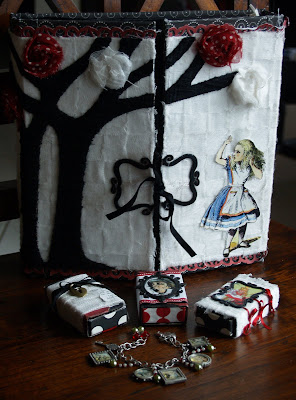 Although I didn't get to go to the show I heard it was a great success
and there are some fabulous Aussie products coming soon!
G.
Posted by Geraldine Pasinati at 8:05 PM

I want everything. this ALICE stuff is incredible.

Wow...This is what i have been looking for and you have done a great job. Beautiful layout. Thanks for sharing.
Scrapbooking